The grand opening in the BIG FASHION world will take place on May 11th, 2013!

You will appreciate the new amazing style of the sim. Join us everyone whos PASSION is FASHION! 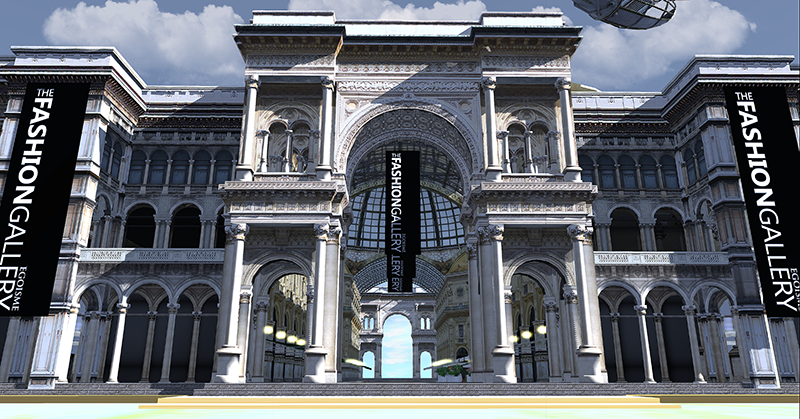 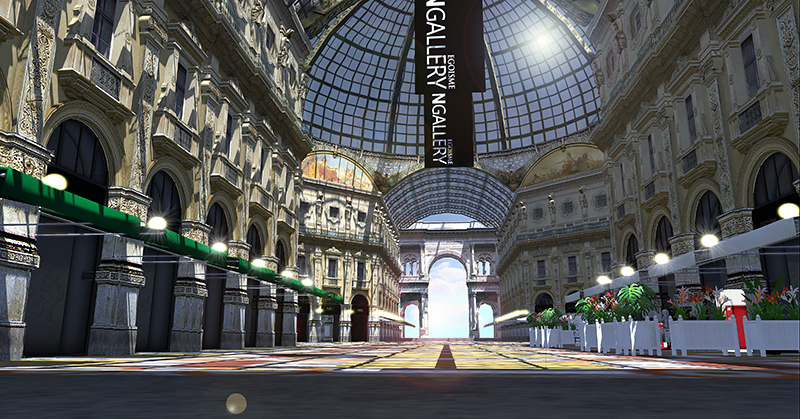 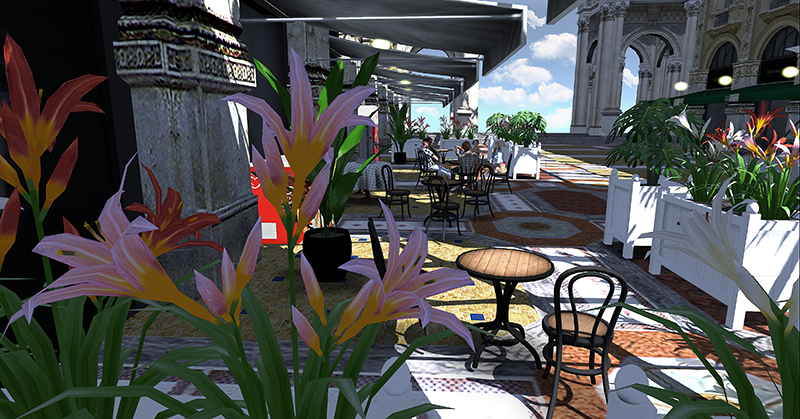 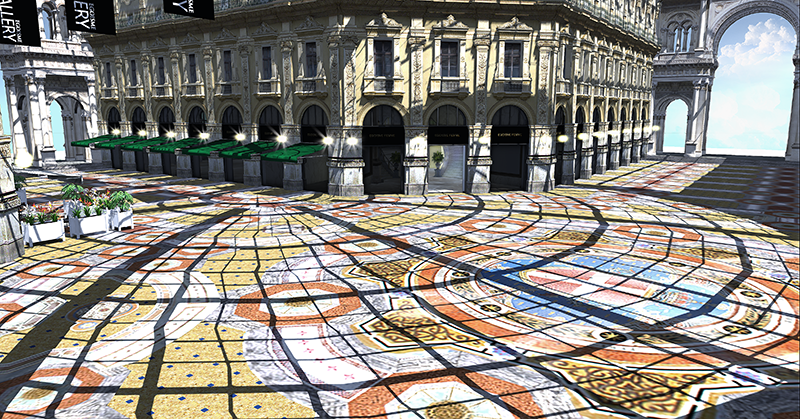 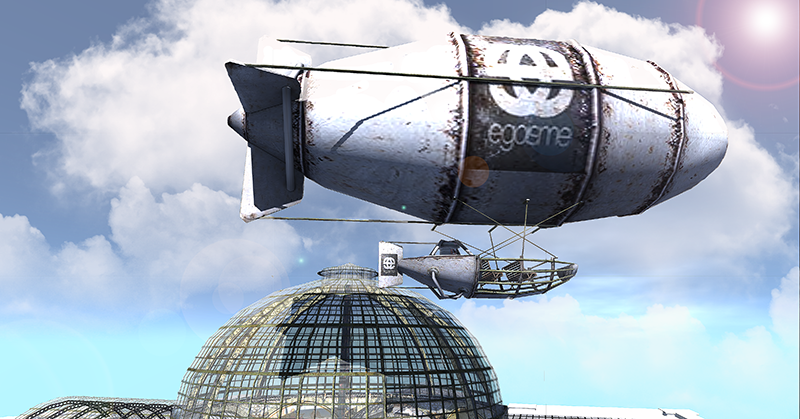 The structure consists of two glass-vaulted arcades intersecting in an octagon covering the street connecting Piazza del Duomo to Piazza della Scala. The street is covered by an arching glass and cast iron roof, a popular design for 19th-century arcades, such as the Burlington Arcade in London, which was the prototype for larger glazed shopping arcades, beginning with the Saint-Hubert Gallery in Brussels (opened in 1847), the Passazh in St Petersburg (opened in 1848), the Galleria Umberto I in Naples (opened in 1890) and the Budapest Galleria.

The central octagonal space is topped with a glass dome. The Milanese Galleria was larger in scale than its predecessors and was an important step in the evolution of the modern glazed and enclosed shopping mall, of which it was the direct progenitor. It has inspired the use of the term galleria for many other shopping arcades and malls.[citation needed]

In the central mosaic, there is a depiction of the bull from Turin Coat of Arms. The tradition tells that if a person put its right heel on the bull's genitals and turn on himself three times, this will bring good luck. This practice causes damage to the mosaic: a hole developed on the place of the bull's genitals.[citation needed]

The Galleria connects two of Milan's most famous landmarks: The Duomo and the Teatro Alla Scala, but the Galleria is a landmark in its own right.

"The 640-foot-long north/south axis of its cruciform plan links the secular Piazza della Scala on the north to the spiritual Piazza della Duomo on the south. In 1877, a triumphal arch was added to the southern end of this cruciform gallery, thereby formally terminating this covered urban link between the opera house and the cathedral. The iconography of the inlaid mosaic concourse and the painted pendentives of the 164-foot octagonal dome, raised over the crossing, represents the union of church and state which first came into being with the triumphant nationalist revolution of 1848."

The arcade is 96 feet high.

The Galleria is often nicknamed il salotto di Milano (Milan's drawing room), due to its numerous shops and importance as a common Milanese meeting and dining place.

As of 2013, the arcade principally contains luxury retailers selling haute couture, jewelry, books and paintings, as well as restaurants, cafés, and bars. The Galleria is famous for being home to some of the oldest shops and restaurants in Milan, such as Biffi Caffè (founded in 1867 by Paolo Biffi, pastry chef to the monarch),[3][4][5] the Savini restaurant, the silverware store Bernasconi and the Art Nouveau classic Zucca's Bar.
Автор: Alina Moonkill на 13:26

Get this widget at roytanck.com 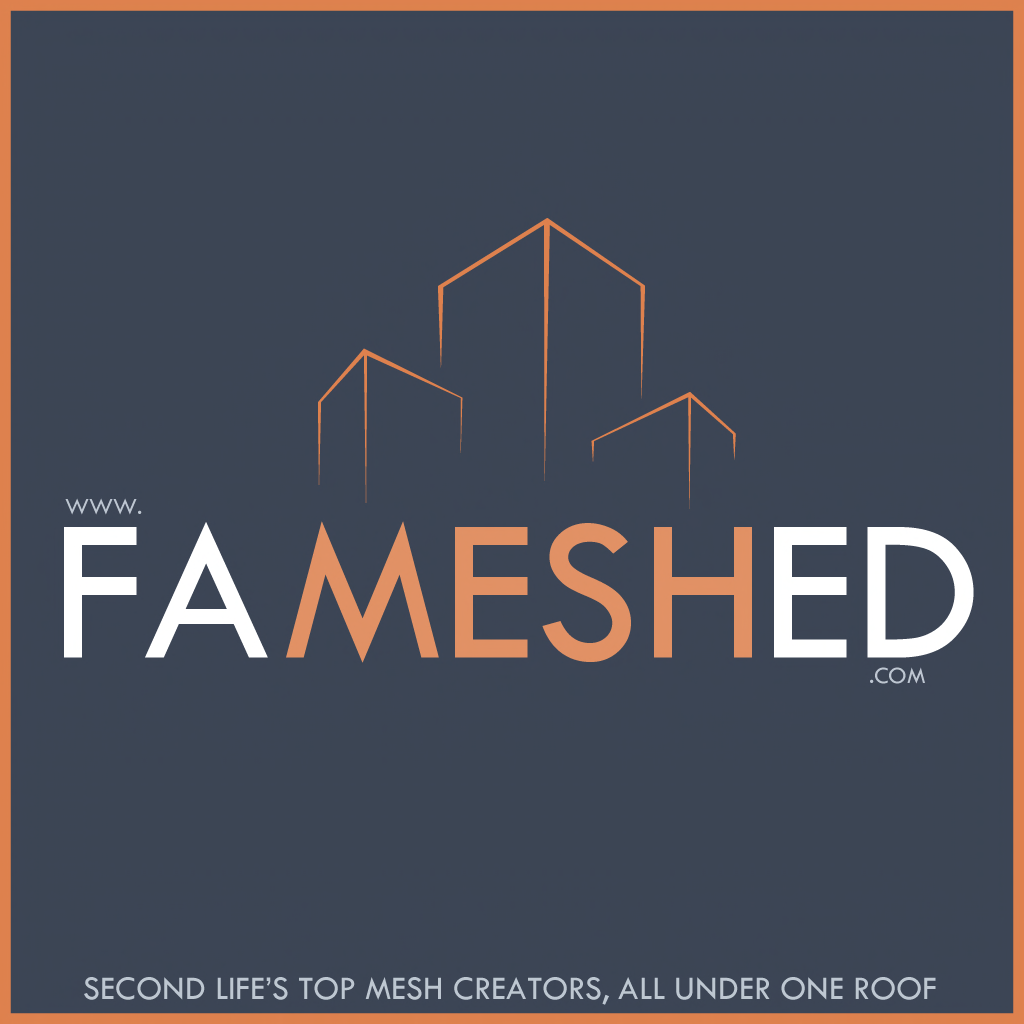